Ten Reasons to Say “Yes” to the Street Mile 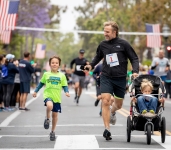 “What’s really cool about it is that you get to run on the same course at the same time as the elites. After their own race, a lot of people stick around for the last heats of the day and they get to see what a 3:51 Mile looks like in person. And they get inspired.”

When the Mile footrace on the street emerged as a new road racing event in the 1970s, most runners didn’t know what to make of it. Unable – or perhaps unwilling – to appreciate the potential the new event presented, many saw the road Mile as too short, considered it a competition more suited for the track, and questioned whether it was worth the effort. The new street event struggled to get traction. And perhaps the nadir of the road Mile’s early days came just before the 1999 addition of the 5th Avenue Mile when now-President Donald Trump abruptly pulled the funding for the event.

But things are different now.  It has taken a while, but the road racing community has now embraced the Mile race on the street. “No other event has a Roger Bannister or a Roger Bannister moment,” explains Bring Back the Mile Founder Ryan Lamppa as he outlines the magic created when Bannister ran his historic 1954 Mile race on Oxford’s Iffley Road Track, the event he identifies as the primary thrust behind the road Mile’s success. “His sub-4 Mile – the first ever – is recognized as the greatest athletic achievement of the 20th century. And it is understandable: the simplicity of 4 laps in 4 minutes. Roger Bannister, an English gentleman who later became a world famous neurologist, is a truly wonderful story. The allure is also attributable to Bannister breaking barriers, doing the impossible.” And Lamppa enthusiastically adds, “And Bannister’s feat still resonates 65 years later.”

And there are numbers to back up this surge in road Mile popularity. In 2010, U.S. road miles generated 70,000 finishers. Now the annual U.S. figure of road Mile finishers is around 160,000. “In 1999 there were approximately 330 road Mile events in this country, and I’m not including the one Mile walks tied to a 5K or 10K. I’m talking about either a stand-alone Mile or a Mile that has a competitive element to the race,” states Lamppa. “By 2018, that number had grown to more than 800, closing in on 900. Currently, there are 25-30 brand new, competitive street Mile races that start up in this country in any given year,” offers Lamppa. The 5th Avenue Mile – Manhattan’s early fall road Mile from the Metropolitan Museum of Art to Grand Army Plaza – survived the ’99 funding debacle, is now considered the Grand Pappy of the Road Mile, and last year drew 7,700-plus athletes who competed in over 25 sections of its Mile scamper down famed 5th Avenue. The 39th edition of 5th Avenue Mile – the largest road Mile race in America – will take place on Sunday, September 8th.

And with all due respect to Lamppa’s enthusiastic and persuasive advocacy of Sir Roger, what other factors have contributed to the road Mile’s commendable growth in popularity? A dissection of the Mile road race and all that surrounds it uncovers at least 10 factors that make the event’s success much more understandable:

► The Attainable and Familiar Distance: The fitness level necessary to be able to start and finish a Mile run is low. “The vast majority of people can finish a Mile. It’s not too daunting,” declares Lamppa who notes that most runners – and even non-runners – are familiar with the Mile distance, particularly Americans, and can appreciate what a good finishing time is. “Compared to other event distances, a Mile time is something that is understandable. People know that, say, a 6:10 clocking for the Mile is a very solid time. But few know that, say, a 42 minute 10K mark is also a fine time.” Notes New York Road Runner’s Senior Vice President of Events and Race Director Jim Heim ““It’s only a Mile, but everyone who’s run one knows what their best Mile is.”

► The Mile’s Appeal to Athletes of Varied Performance Levels: If you’ve just recently embraced running, a road Mile is the perfect, non-threatening opportunity to experience a competitive event and see if it suits you. If you’re more experienced, you can test your speed, perhaps go after a Mile PR. And for elites, a road Mile can be a break from the 1609 meter grind on the oval and an opportunity to tackle an event where the focus is more on winning than on the clock. “I think a lot of the elites are doing it because it can be less pressure because you don’t get caught up in the times as much,” notes Kyle Merber, an elite middle distance athlete who serves as co-director of the HOKA Long Island Mile. “Generally, it’s really just about kicking and winning.”

Jeff Sigmund, one the founding directors of Cleveland’s Guardian Mile also cites the different challenges posed in racing a Mile on the road versus on the track. “The road Mile is going to play to the strength of different athletes,” states Sigmund in noting the road Mile’s varied terrain. “It is a really fun thing to see: Who has strength on hills? Who is better uphill? Who is better downhill? Who is better at recovering? All of those things mean a lot. And it is a different skill set than just ‘how fast can I run?”

► Minimal Staging Challenges: As race directors know, the bureaucratic hurdles that must be cleared to stage longer road races are many and frequently are time-consuming. Addressing municipal obstacles are less troublesome and meet less governmental resistance when the race is only 5280 feet and can be staged in a few hours. “That Mile event is not going to take up that much space in a city due to road closures and the like,” Lamppa points out. “So setting up a road Mile is much easier than a longer race.” Adds NYRR’s Heim: “When you gather people together en masse in civic centers, it is not easy to close down portions of the city for a course. With the Mile though it is much easier to shut down a single street for a Mile than it is to shut down a whole bunch of streets for a half a marathon or a marathon.” 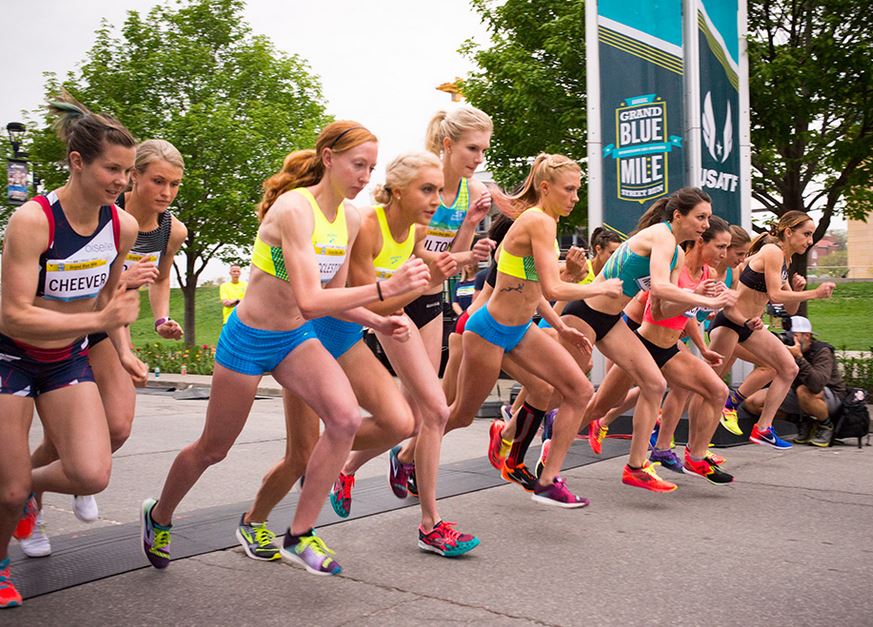