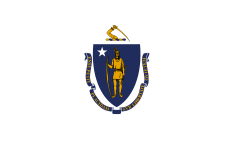 Home to the Boston Tea Party, Massachusetts has always had proud rebel attitude. In fact, thanks to the vision & wisdom of the Massachusetts Interscholastic Athletic Association and Bob McIntyre, the Bay State has the distinction of being the only state in the Union to have kept the Mile as the official distance at the prep level and at their State meet when tracks went metric circa 1980. Bravo!

At least 10 Massachusites have broken 4 minutes in the Mile led by Johnny Gregorek's stellar 3:49.98 in 2019. Massachusetts was also host to Galen Rupp's 3:50.91 at Boston University in January 2013, a mark that made Rupp, at the time, the second fastest American and fifth fastest in the world all-time indoors. In February 2018 also at BU, Edward Cheserek clocked 3:49.44, a then U.S. All-Comers Indoor Record and current #3 all-time under the roof, and on March 3, 2019 at BU's lightning fast track, Yomif Kejelcha of Ethiopia smashed legend Hicham El Guerrouj's indoor Mile record, clocking 3:47.01.

Arianna Lambie holds the current Massachusetts High School state Mile record of 4:37.23 that she set at the 2003 MIAA State Meet for The Bromfield School. It is the fastest prep girls Mile in the U.S. run at a high school State meet and was third fastest prep Mile at the time (watch video). BBTM note: Lynn Jennings also attended The Bromfield School where she set many High School records including the national indoor 1500 meter record of 4:18.9 in 1979, but later trained in New Hampshire where her running accolades are often linked. 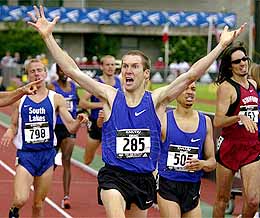 JOIN BBTM
BBTM’s state-by-state Mile guide is being produced to share the rich story of each state’s history with the Mile, a distance regardless of age, gender or fitness-level, that everyone understands. If you consider yourself a Massachusite T&F sage and would like to help us fill out our guide, email milemaniac@bringbackthemile.com. We welcome your support and feedback!