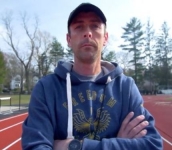 Coached by 2004 U.S. Olympian Tim Broe, the Boston-based team is dedicated to helping talented runners progress to world class status in pursuit of their Olympic dreams

WALTHAM, Mass. – Saucony, a leading global running lifestyle brand, announced it will expand its commitment to athlete development with the launch of the Saucony Freedom Track Club, a Boston-based elite running group dedicated to developing future Olympic hopefuls. Saucony will support the newly formed team with a full ensemble of resources, including local housing and full access to the Saucony Human Performance and Innovation Lab, a state-of-the-art facility that helps athletes perform at their highest level. The Freedom Track Club will be coached by 2004 U.S. Olympian Tim Broe, who will also act as the club’s program director.

“The mission of the Freedom Track Club aligns with that of the Saucony brand: to empower the human spirit through running,” said Patrick O’Malley, president of Saucony. “We know that running can be transformational and we’re committed to helping each of these talented athletes ‘run their world,’ further maximizing their true potential in order to compete with the best in the world.

“In planning for their success, it was critical to identify a person who could lead, inspire and understand the athlete’s journey. Tim Broe’s own competitive background combined with his coaching expertise will empower our team of rising stars, helping them to further identify and achieve their running goals. At the same time, these athletes who share the core values of the Saucony brand will help us push innovation and performance higher and faster. We’re a great fit and I’m looking forward to a long and lasting partnership, accomplishing great things together, both on and off the roads, tracks and trails.”

“The Freedom Track Club further reinforces the brand’s Run Your World message: to live with purpose and intent, to take ownership of your own journey and the world around you,” said Amanda Reiss, chief marketing officer for Saucony. “These athletes are doing just that, making the unwavering commitment to fulfill their Olympic dreams. We look forward to highlighting their journey with inspiring content and storytelling all the way to Tokyo 2020.”

The Freedom Track Club will be an integral part of the Saucony brand, assisting with product development, offering biomechanical insight and sharing their experience and progress with the brand’s online running community. Additionally, the team will be working with the Saucony Run for Good Foundation, inspiring and mentoring youth to live healthy and active lives.

In addition to receiving professional coaching, the club will be supported by a panel of experts, including a team physician, strength coach, nutritionist, personal development coach, and physical and massage therapists. The athletes will have access to the brand’s in-house fitness center as well as a dedicated “athlete’s village” within Saucony headquarters where they can meet and collaborate with the Saucony team on a daily basis. The Freedom Track Club will celebrate their official kick-off at a fall training camp on Martha’s Vineyard in Massachusetts.

“On behalf of the whole Freedom Track Club, we’re very excited to be on board with Saucony and appreciate the incredible opportunity to be part of a brand that values runners of every level,” said Tim Broe, Saucony Freedom Track Club program director & coach. “Saucony already has a legacy of sponsoring some of the fastest runners in the world. This team, aside from all of their athletic accomplishments, is a fiercely independent group of young people who embrace the work it takes to make world teams. I know the brand’s emphasis on performance and innovation, evident in their award-winning footwear and apparel, will surely help all of these aspiring athletes achieve their goals.”

The eight athletes presently signed to the Saucony Freedom Track Club are: