Kyle Merber is tied into so much history in the Mile, it almost seemed fitting the HOKA ONE ONE New Jersey / New York Track Club standout was the one leading his peers Friday in writing another chapter in the event’s illustrious history.

Merber was the first athlete in Santa Barbara County history to break 4 minutes in the Mile on the track, running a world leading 3:57.74 to lead a group of four individuals in achieving the goal at the HOKA ONE ONE Santa Barbara Elite Mile at Santa Barbara City College’s ocean front La Playa Stadium.

Former Southern Oregon star Eric Avila, a four-time NAIA national champion, finished second in 3:57.91 and Graham Crawford  – another NJ / NY Track Club member  – placed fourth in 3:59.92, all three Americans having already contributed to the group of 514 U.S. runners who have produced sub-4 efforts indoors or outdoors in their careers.

Mexico’s Daniel Estrada, who finished third in 3:57.92, eclipsed the 4-minute barrier for the first time in his career, becoming the first male athlete since March 22 to achieve the feat. Estrada increased the all-time world list to 1,501 athletes who have run sub-4 on the track since the late Sir Roger Bannister was the first May 6, 1954.

In the history of the State Street Mile, held annually in June in Santa Barbara, there have been 56 sub-4 performances, but the course features downhill stretches and is not eligible for official Mile records. 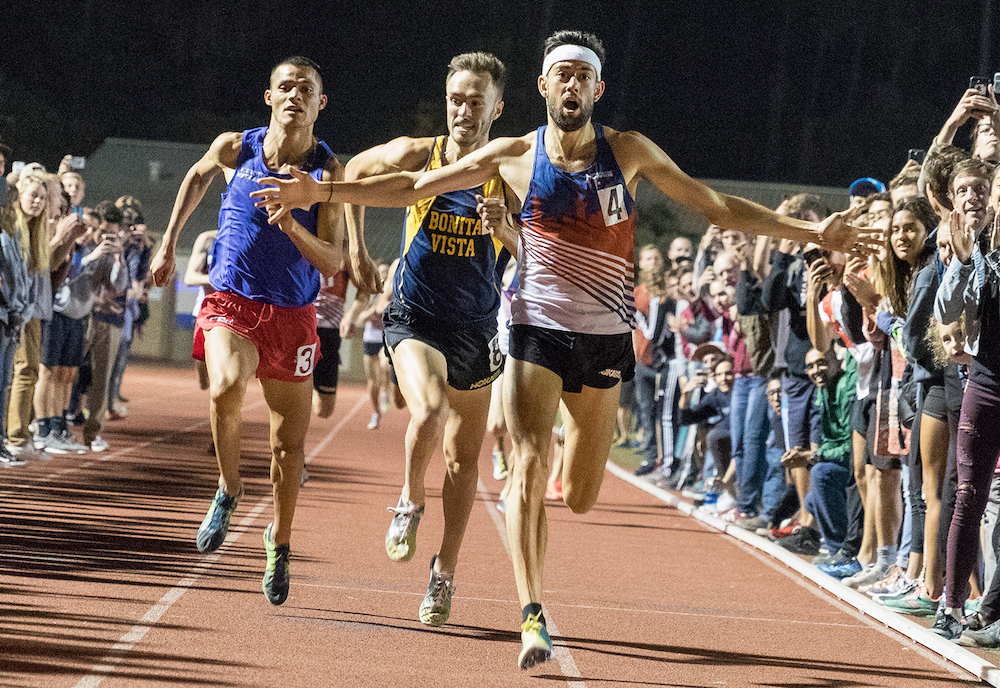