Does the Mile still matter? 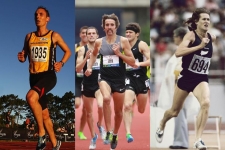 Nick Willis: "It is important for the casual fan because people understand a sub-4 minute Mile. A 3:38 1500m doesn’t mean anything to most people."

SPIKES sat down with two of the world's top Milers Nick Willis and Will Leer and Mile legend John Walker to find out why they still get a kick out of the classic distance.

Do you have a favorite Mile race?

Nick Willis: "The Fifth Avenue Mile has been really enjoyable and special to me [Willis won in 2008 and 2013]. It is interesting that you don’t ever see a road 1500m. The road Miles are set up to create some excitement and there is evidence to suggest that the Mile means so much more to the casual observer. I really enjoy running on the roads. There is plenty of room and no danger of being boxed in, so it often means we don’t to sprint for the first 200m. To run a road Mile in such a prestigious city is a fantastic way to finish the season" (The event is usually in late September).

Will Leer: "My favorite is the Bowerman Mile. Even though, to this day, I’ve never run very well in it. It is the premier event at the Pre Classic: the crescendo of the meeting. With 20,000 people going nuts and urging all the Milers on, it is a really special event."

John Walker: "I always liked the Emsley Carr Mile. It took me a long time to win it in my career but I finally achieved it in 1987."