“What a great day for the Mile! At our 14th edition of the Platinum Performance State Street Mile, we witnessed national class and course record performances and plenty of smiles and happy runners,” said race director Megan Rheinschild.

In the men’s race, under cool, overcast conditions, it was a battle over the point-to-point downhill course between Coe, UCLA distance coach Forest Braden, Aric Champagne and recent UCSB grad Juan Paredes. Coe, an All-American at Cal-Berkeley, finished strongly and held off Braden who clocked 3:50, also under the course record and an event record 6 men broke 4 minutes.

“I heard the event record was 3:52 and I absolutely had it on my mind. I figured I could do it with my training lately and knew I was in that kind of shape. It was a lot of fun in Santa Barbara on State Street. Braden pushed the pace and I just tucked in behind him,” said Coe, who is preparing for next weekend’s Portland Track Festival 1500m and a USA Outdoor Championships qualifier.

In the women’s race, recent UCLA grad Goldring, 22, used a late race surge to pull away from 2011 race champion Bethany Nickless and local Andrea McLarty who were timed in 4:37 and 4:38.

“I wasn’t aiming for the course record or even winning. My coach [Forest Braden] told me about this race earlier in the week, but I raced the 1500m yesterday at UCLA, so I just had to see how I felt when we got going. I felt good enough today. It’s the last race of the season and just graduated in Math from UCLA,” said Goldring. 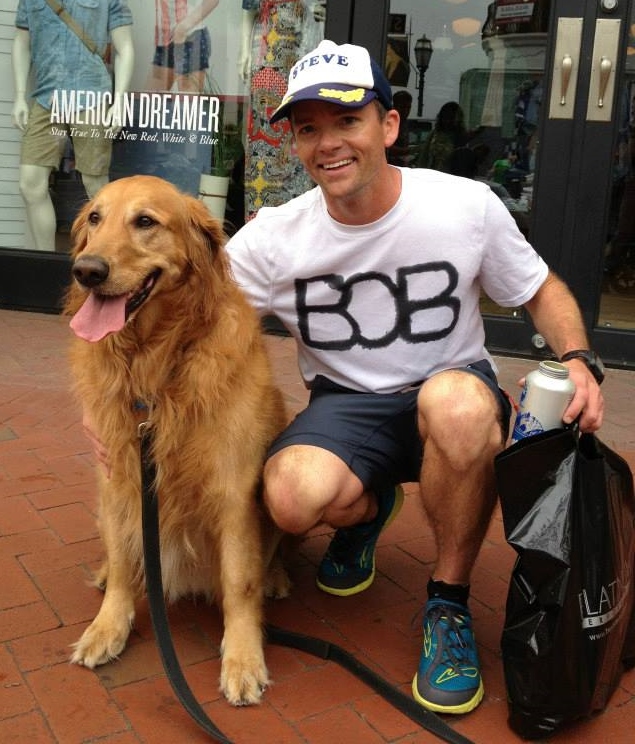 The event also hosted the popular, tail-wagging Dog Mile, the unofficial world championship for man’s best friend and the iconic distance, that was won by Steve Harding & Bob (left, BBTM) in 4:26 and the women’s winner was Brittany Bruden in 5:44. At the event, Harding ran 11 seconds faster with his dog than in his earlier solo Mile.

The event, which had 14 heats, had approximately 800 entrants, mostly in the YMCA Family Fun Mile, and all proceeds from the event go directly to the District Attorney’s Victim-Witness Assistance Program’s Crime Victim Emergency Fund ($10,000 raised at this year's event).

The Platinum Performance State Street Mile was also the seventh stop on the inaugural Bring Back the Mile Tour that includes 14 events and one end-of-the-year gala held across the country and throughout the year.

For complete results, photos and more, go to: www.sbmile.com