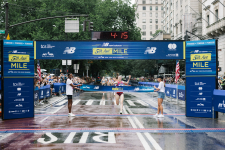 NEW YORK – Olympians and World Championships medalists Jake Wightman and Laura Muir led a British-Scottish sweep of the professional athlete titles at the New Balance 5th Avenue Mile on Sunday, with Muir breaking the women’s event record. The 5th Avenue Mile – the world’s most iconic Mile road race since 1981 – stretches 20 blocks down Manhattan’s most famous thoroughfare and featured one of the strongest professional athlete fields in recent history.

“This was the last race of my season and it was hard, but I kept thinking to myself 200, then 100 meters to go to get to the line,” Muir said. “I did all I could to leave it all out there.”

American Nikki Hiltz finished as the runner-up for the second consecutive year, clocking 4:17.4, followed closely by American Eleanor Fulton in 4:18.0, both setting personal bests. Last year’s champion Jemma Reekie of Great Britain was fourth (4:18.3). All their times entered the top 10 in event history. 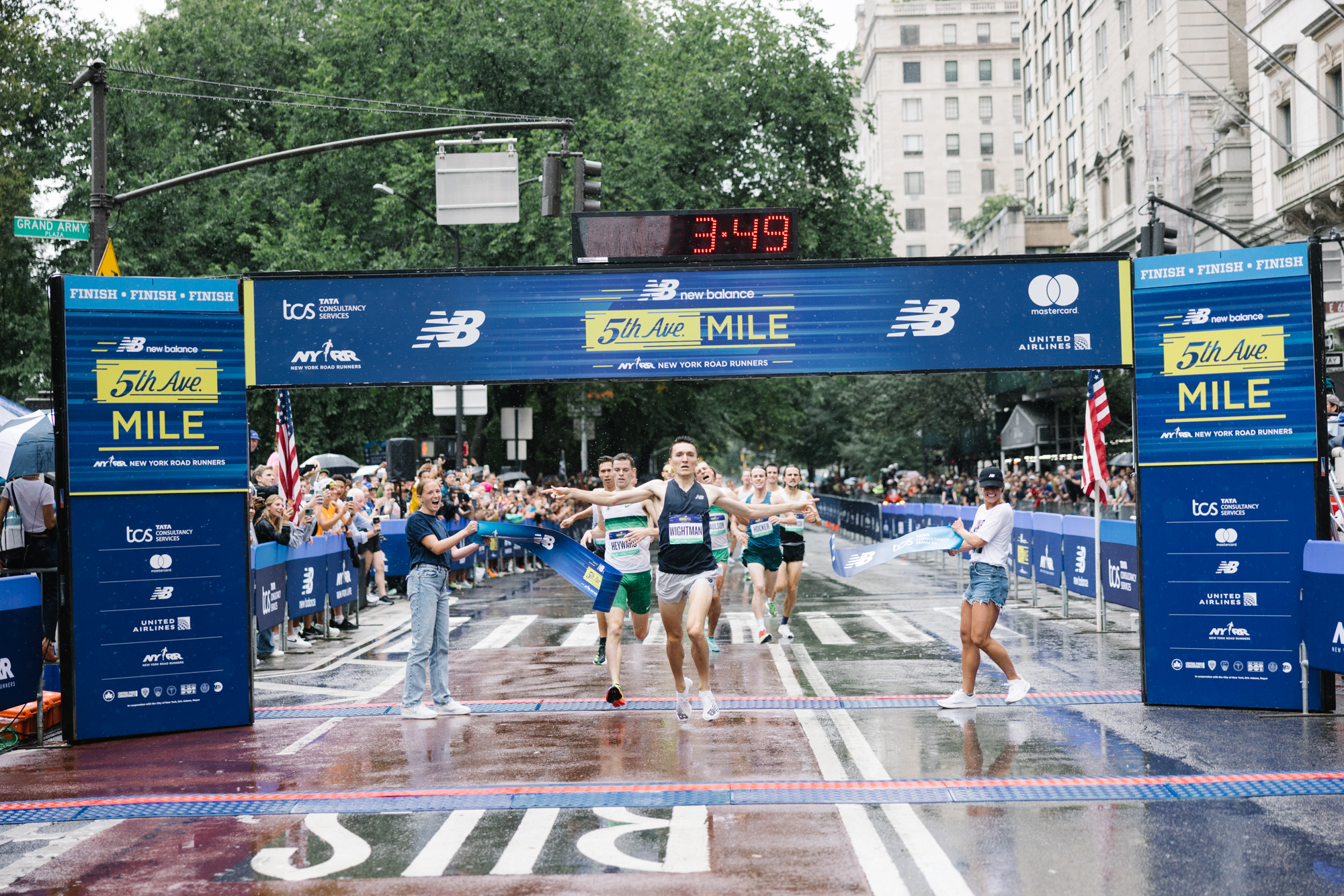 “I couldn’t have asked for it to go any better, to finish my season here at my favorite meet of the year,” Wightman said. “The chance for me to be able to celebrate the end of my season here in New York is fantastic.”

The New Balance 5th Avenue Mile had more than 8,500 finishers this year, the largest road Mile in the world. In addition to one of the strongest professional athlete fields in recent history, this year’s event featured a 9/11 Memorial Mile with NYPD runners and participants from Answer the Call Foundation and Tunnel to Towers Foundation, as well as a Back to School Mile for youth ages 2-18, a George Sheehan Memorial Mile for seniors and NYRR Road Mile Championship heats.

In partnership with NYRR and USA Track & Field, the event had a one-hour live national broadcast on NBC. 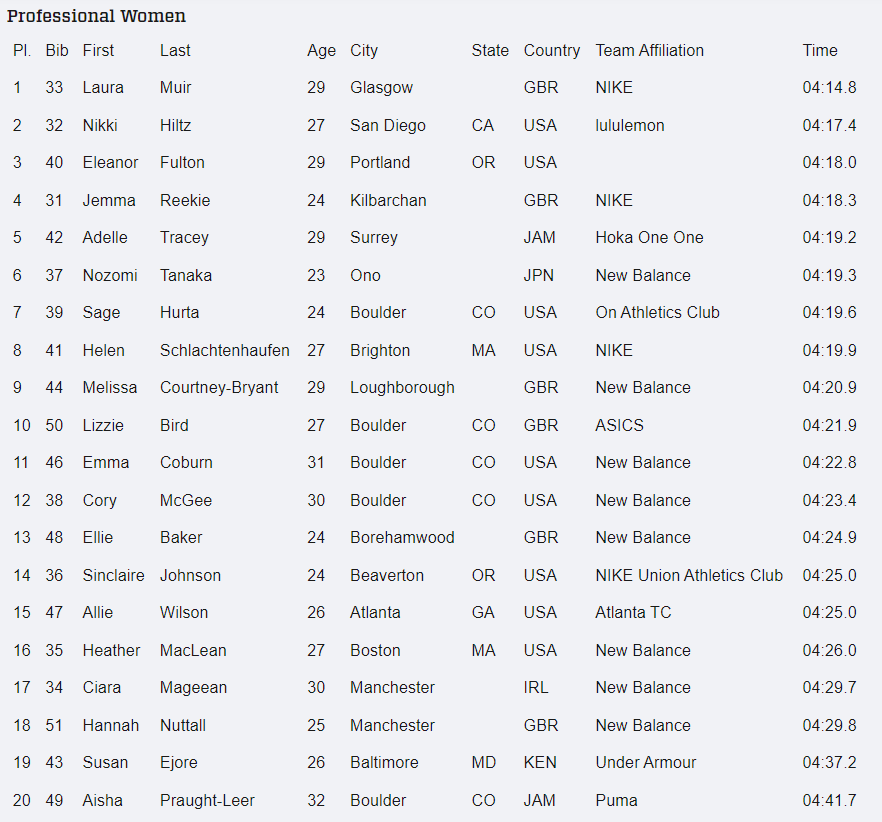 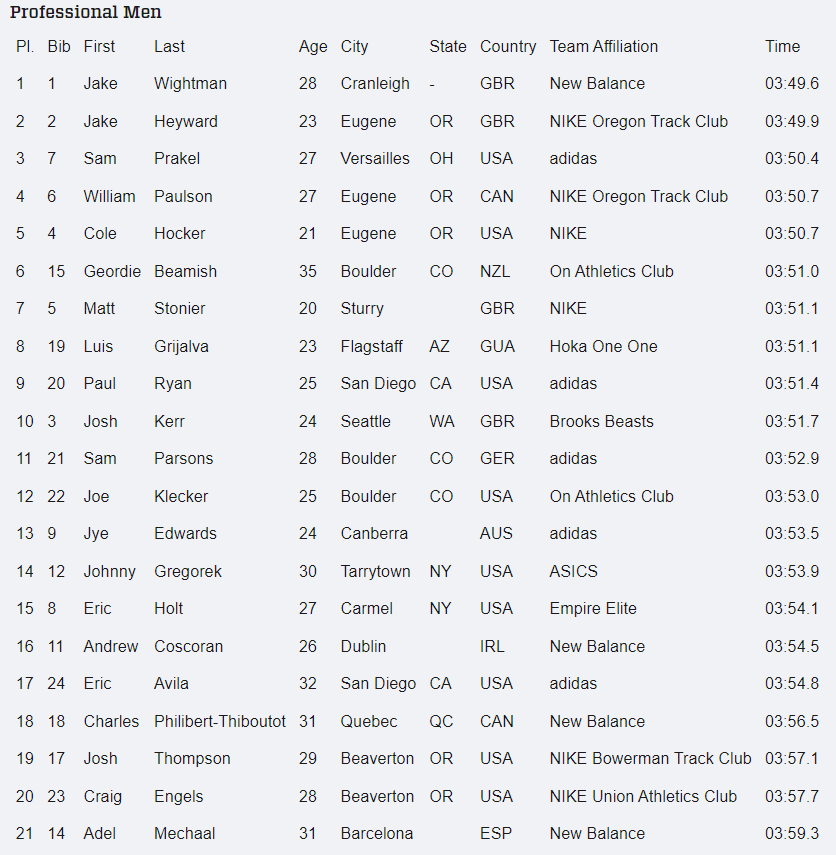