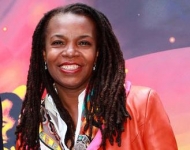 Bring Back the Mile calls decision by USATF President “misguided, undemocratic” and asks its supporters to fight the ban and to use hashtag #StopSteph.

“Per USATF By-Laws, I have the authority as its President to ban any event at any time for the betterment of the sport, and I did so for the Mile because as Louis XIV said: L’etat c’est moi,” Hightower said defending her decision. “Yes, the Mile is still very popular in America, but it is unfair to the other track & field events that receive little if any media coverage and fan interest compared to the Mile and its coveted sub-4 minute standard. Also think of all the children competing in other lesser known non-Mile events which will surely impact their fragile self-esteems if the Mile continues to be contested and disproportionately recognized.”

Later, when asked about implementation of such a nationwide ban, Hightower responded via USATF spokeswoman Jill Geer: “Change can be disruptive and is often hard, and some will be unhappy, but I sincerely believe that elimination of the Mile is for the greater good.”

“With all due respect to Ms. Hightower, we will challenge her misguided decision even if it means going to Congress to change the Amateur Sports Act of 1978 to stop this egregious action,” said Ryan Lamppa, Bring Back the Mile founder. “Put simply, Ms. Hightower needs to immediately rescind this shortsighted, undemocratic decision or we will ask President Obama to issue an Executive Order to forever keep this most American of distances. We also encourage our supporters to join the fight and to use the hashtag #StopSteph. Go Mile!”

Launched in January 2012, Bring Back the Mile is a national campaign to return the Mile to prominence on the American sports and cultural landscape by elevating and celebrating the storied, iconic distance.