By Paul O’Shea, Once Upon a Time in the Vest

Fortunately for the track & field world, the determined Australian broke both his vow and 4 minutes when he set a world record of 3:58 in l954. Unfortunately for Landy, his feat came forty-six days after Roger Bannister’s epic run.

Since those fondly remembered days, more than a thousand men have run under 4 minutes (but where are their Ran Sub-4 bumper stickers?). Nearly five hundred Americans now claim that distinction.

Only a few U.S. high schools have graduated a pair of sub-4 minute Milers including Wichita East High School in Kansas (Archie San Romani, Jr. and Jim Ryun), and Chicago’s St. Ignatius, which gained this recognition just weeks ago.

Thomas Martin Ignatius O’Hara (St. Ignatius ’60, Loyola ‘64) was the first Ignatian under 4 minutes when he ran 3:59.4 in l963 for Loyola University.  He went on to break two world indoor Mile records and earn an Olympic berth. The latest is Jack Keelan (St. Ignatius ’13, Stanford ‘17), emerging at Stanford University as one of the nation’s highly promising distance runners. He ran 3:59.62 in February. The O’Hara-Keelan breakthroughs came 54 years apart.

In the 1960s, Tom O’Hara was one of the world’s finest middle distance competitors. A 4:20 Miler for St. Ignatius when the national high school record was 4:03.5, his college career took off at Loyola, where he ran 4:08 his freshman year. With his first sub-4 he became the ninth American to crack the barrier following Don Bowden who ran 3:58.7 in 1957.

Nineteen sixty-four was O’Hara’s career year. He broke the indoor Mile world record twice and made the Olympic 1500 meter semifinal. Landing on the front of Sports Illustrated as O’Hara did, gave the sport immense recognition. SI’s June 22, 1964 cover featured the gaunt and pensive Irishman, with his trademark hair variously described by other writers as “red,” “carrot” and “pumpkin.” 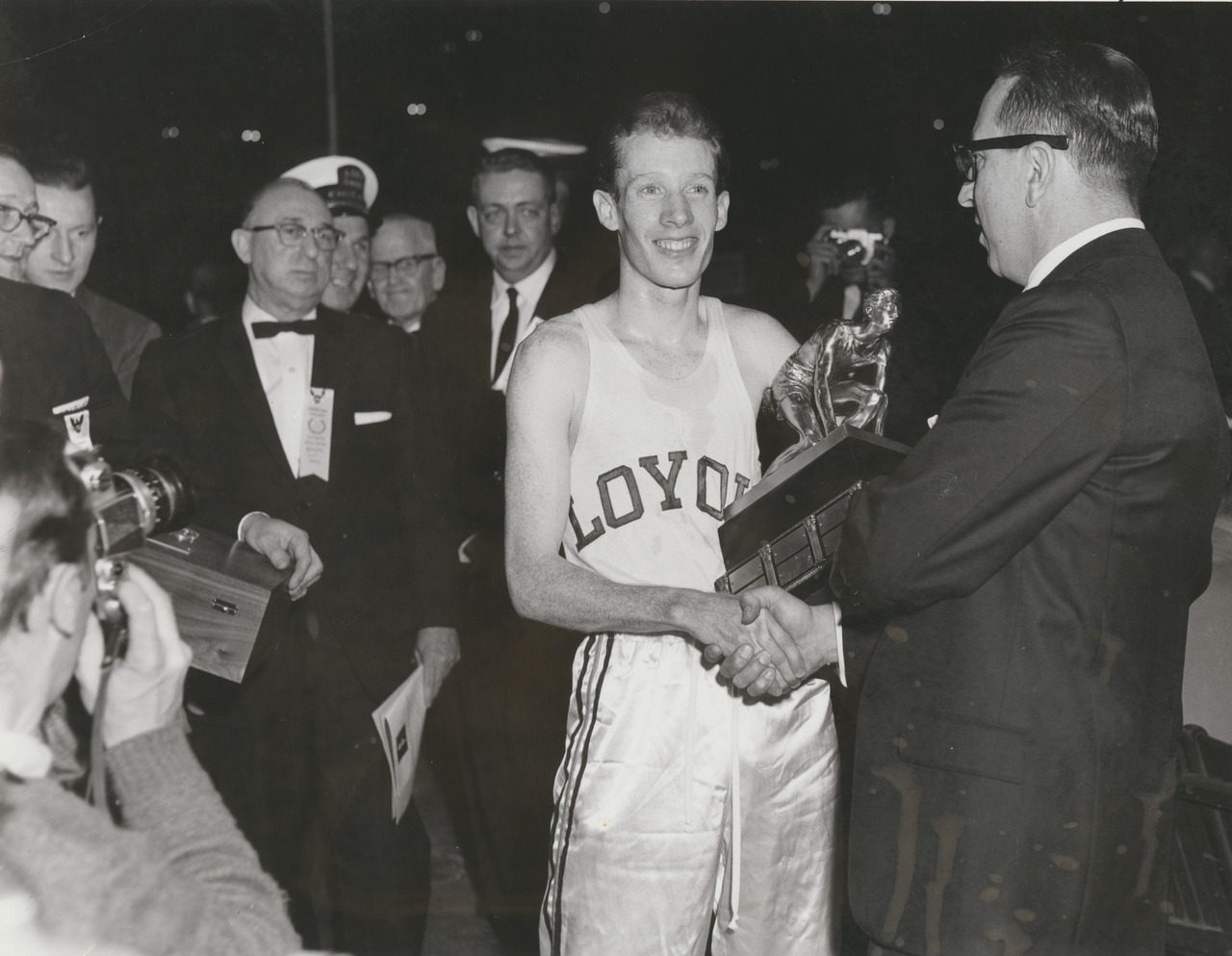