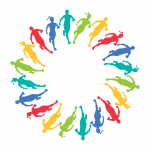 “What began as a grassroots initiative eight years ago has naturally grown into a global day of running, fitness, and fun with partners and participants around the world,” said Michael Capiraso, president and CEO of New York Road Runners. “New this year, the Million Kid Run is a thrilling initiative that will see a million kids worldwide experience the joys of running that will hopefully inspire them to run for life. We hope that June 1 connects runners of all ages and abilities together to celebrate a sport that truly betters lives and communities around the world.”

With the elevation to Global Running Day in 2016, distinguished running organizations worldwide will be participating, including the Abbott World Marathon Majors, Atlanta Track Club, Boston Athletic Association, Competitor Group, Houston Marathon Foundation, International Association of Athletics Federations’ Athletics for a Better World program, New York Road Runners, Running USA, USA Track & Field, Bring Back the Mile and more. Runners from marathons and other races in Berlin, Boston, Chicago, Las Vegas, London, Los Angeles, Minneapolis, Mumbai, New York, Prague, Tokyo, and more, will play active roles in Global Running Day. Many of the top professional runners from around the world will also be a part of the day, and help share their passion for the sport with the global running community.

“I think it’s very important for kids to get active in all sports, especially running,” said Matthew Centrowitz, an Olympian and the reigning world indoor 1500 meter champion. “Starting to be active at a young age is extremely important for a future, healthy lifestyle, especially the friendships you make through running. I’m looking forward to seeing more than 1 million kids around the globe be active on Global Running Day on June 1.”

Participating in the day will be as simple as making a pledge on the Global Running Day website, globalrunningday.org, to promise to be a part of the running community on June 1. It can be a solo lap around the block, a long run with friends, or even a game of tag with kids. The key is for runners of all ages and abilities to share their passion for the sport and inspire others to get moving. After adults take their pledge, they can pledge on behalf of the kids in their lives, adding all of the names to a list of runners from around the world who are coming together to celebrate the sport. Pledging begins on Monday, May 2 at globalrunningday.org. Running organizations and groups, individuals, school administrators, coaches, and parents will be able to visit the website to explore group runs and other events happening around the world, find information on running activities for all abilities for adults and youth, connect with Global Running Day socially via #GlobalRunningDay, and customize a Global Running Day bib and finisher certificate.