Making the Most of Your Mile: Anchorage Mile

Presented by HOKA ONE ONE, the interview series speaks with Anchorage Running Club's Big Wild Life Runs race committee member Wallace "Wally" Wilson on launching a Mile in Alaska and welcoming runners from the Lower 48. The second Anchorage Mile is slated for Saturday, August 16.

Alaska has produced a lot of Mile news recently from Trevor Dunbar becoming the first Alaskan to break 4 minutes to Jack Bolas running the first sub-4 minute Mile on Alaskan soil. However, Wally Wilson of Saturday's Anchorage Mile likes to focus more on Anchorage's incredible running community; a place not just for elites or taking cruise ship vacations, but a place for runners of all talents to enjoy one of the last frontier running experiences.

Visit throughout the year and the Anchorage Running Club (ARC) will gladly take you on a run, be a tour guide or even put you up for a night. While in August the Big Wild Life Runs weekend of events features distances from a 49K Ultra all the way down to the Anchorage Mile, which enters its second year. The Anchorage Mile, a BBTM Featured Event, is Saturday, August 16.

BBTM: What motivated the Anchorage Running Club to organize a Mile as part of the Big Wild Life Runs weekend?

Wallace: This had been a couple of years in the making. We had four races up here that compose the Big Wild Life Runs race weekend. We have a marathon, a half-marathon, 5K and a kids 2K that was run on Sunday morning. However, we wanted to separate the kids event to really make it kids specific and also to make it easier for the parents schedules who were taking part in one of our races themselves. So, we moved the kids event three years ago to Saturday at a downtown park, Delaney Park Strip, which is a few blocks over from the main race start and finish.

We met the Anchorage mayor three or four years ago and said we wanted to make this a kids focus event, but that there were big challenges with the road permits. He was very agreeable and excited about a kids-centric event and the new location and timing of the race has allowed us to grow drastically. The first year I think we had 75 kids and last year we had over 800 registered. The mayor continues to be involved and it has been quite the event.

With the location and the crowds the Kids 2K generated it really set the stage to create the Anchorage Mile. It's a great venue - you have a lap and a half around this very flat park strip, which was actually an old landing strip for planes. It is about a quarter of a Mile long with a couple cuts running through it going north and south.

We also wanted to do it right after the kids race to give them the opportunity to see adults and maybe even their parents running a really fast short race. It's very viewer friendly and from the runners perspective we wanted to build an experience where the runner would have a pumped up crowd to cheer them on.

Does the mayor come out and run a race?
He does not; he has an artificial hip. But, he walks the 2K and also comes out and starts the other races. The mayor has been a great supporter of this event.

What were the goals in 2013, year one, for the Anchorage Mile?

The Mile was intentionally released late last year to the public and we kept it simple. We had four heats - slower than six minutes and faster than six minutes. We actually didn't go public with it until about four to six weeks prior. One of the reasons for doing so was that we had a lot of resources committed already including chip timing and want to logistically do a trial run.

Logistically it was fantastic. The runners had a great experience. Now we are trying to figure out what the optimal size heat will be based on the turns in the course. Is it 50 per heat? This year there are five heats and we are also looking to have a Military Mile in the future between the different branches because they have such a strong presence at the base up here; a nice way to thank them for their service.

The kids run has grown tremendously and set the stage. This year there we are working with the Acrtic Slope Regional Corporation, a native owned corporation representing the Arctic Slope Inupiat, who had been running a Health & Safety day independently on their campus. We'll be joining forces with them this year for the kids run and we're anticipating this helping us grow the event to 1,500 kids if the weather is good.

We are really intent in growing the Mile because it is logistically smart and a few years down the road we could have 10-12 heats extending later in the day.

Can you tell us a little bit about who the Big Wild Life Runs supports and its partners?

All of the money from the Big Wildlife Runs goes to the Anchorage Running Club, a non-profit. Last year I think we awarded six scholarships in the amount of $2000 for local kids to go to college; kids who have been active in running and also academically. Our running club is a wonderful community and the funding also allows us to supply volunteers and equipment to smaller races and events.

Also, the Providence Children's Hospital jumped on board three years ago. The outpatient orthopedic group came on as a media sponsor and then the childrens hospital marketing team came on board as well. Their support has allowed us to keep the kids run free along with donations from Healthy Futures, which is a great statewide initiative to get kids out to play.

What can you tell those of us from the Lower 48 about Anchorage and Big Wild Life Runs? 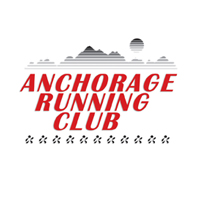 For us, Anchorage is a perfectly sized town. We are about 250-275,000. The geography is fantastic. We have the mountain range right behind the city called the Glen Alps with lots of trail running. There are 100 miles of groomed cross country ski trails and from a runner's perspectve it is unlike any place they have been. Geographically, it's the grandest.

If people are interested they can email us at the Anchorage Running Club or Big Wild Life Runs. We can answer specific questions, even take people on a run or serve as a tour guide. This is a big tourist destination, so there are a lot of people opening their day up or even their homes. A lot of the elite athletes and those participating in the ultra runs have come up and stayed with families or have us help them extend their trip after the races.

Also, from a distance running perspective the August marathon is great because there aren't too many other August marathons. For the Milers they get the buzz of being downtown, see the kids run and get a really good sense of the community.

The feedback is always phenomenal for the Big Wildlife Runs race weekend. We are at about 4,000 registrants, which is sizable, but also allows us to provide personal attention to all the participants.

The Big Wild Life Runs look like a really scenic route, especially for those participating in the longer distance races.

It is beautiful. It's run along the coast for a large part and we even have moose patrolers out there to keep things safe, say around mile seven. It is a pretty unique event compared to most places you could go. The running community, especially the Anchorage Running Club would love to be a destination race for all those in the Lower 48.

Thank you Wally and good luck in the Anchorage Mile!

For more on the event including its newsfeed, go to: Anchorage Mile