How to Set a World Record in the Mile 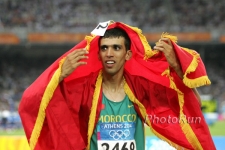 Historically, there have been two distinct ways to pace a one-Mile race. The inexperienced run the quarter-mile laps like this: fast, slower, slower yet, stagger. It doesn’t take them long to realize there must be a better way, or perhaps to quit running and switch to curling.

Champions follow a surprisingly similar pattern to the three-quarters mark. Research published five years ago by South African running savant Tim Noakes, M.D., revealed that many world records in the Mile have been set with a per-lap racing strategy of fast, slower, slower yet, faster.