Hometown star Heather Kampf and Winona native Garrett Heath will return to downtown Minneapolis next month to defend the USATF 1 Mile Road Championship and Medtronic TC 1 Mile titles each earned last year. The duo headline the national road championship fields racing for a $25,000 prize purse and a pair of $10,000 event record bonuses at the 2016 Medtronic TC 1 Mile on Thursday evening, May 12.

The event is expected to draw more than 2,800 runners to downtown Minneapolis for a full evening of racing. This year the event moves to a new course, starting near the Mill City Museum, racing past Gold Medal Park and finishing along the Mississippi Riverfront near the Guthrie Theater.

Kampf, 29, a Rosemount native who won an NCAA title representing the University of Minnesota and currently trains with Team USA Minnesota, is a two-time Medtronic TC 1 Mile winner and a three-time USATF 1 Mile Road champion. She outran the Medtronic TC 1 Mile field in 2012 for her first USATF 1 Mile Road title, and earned a third national title winning last year’s rain-soaked race. This season, Kampf finished fourth at the Millrose Games mile in a personal best 4:27.26 and fourth at the USATF Indoor Championships 1500 meters. 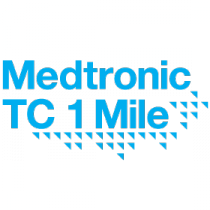 Heath, 30, who was an 8-time All-American while competing for Stanford University, will be seeking a USATF 1 Mile Road Championship hat trick – having won the 2014 title in Des Moines prior to last year’s victory in Minneapolis. Heath was runner-up at the Medtronic TC 1 Mile in 2013, clocking the second fastest time in event history at 3:57.1. This season, Heath won his third-straight Great Edinburgh Cross Country title, edging double Olympic gold medalist Mo Farah and finished fourth at the USATF Indoor Championships at 1500 meters.

This year will mark the sixth time the Medtronic TC 1 Mile will play host the USATF 1 Mile Road Championships. The event is also a stop on the Bring Back the Mile Grand Prix Tour that offers a $10,000 GP prize purse. Kampf is a three-time BBTM Grand Prix Tour champion.

The Medtronic TC 1 Mile, organized by Twin Cities In Motion, features an evening of races for runners of all ages and abilities. Action kicks off at 6:30pm CDT and culminates with the USATF Championship races at 7:54pm (women) and 8:06pm (men).