A Short History of the Mile 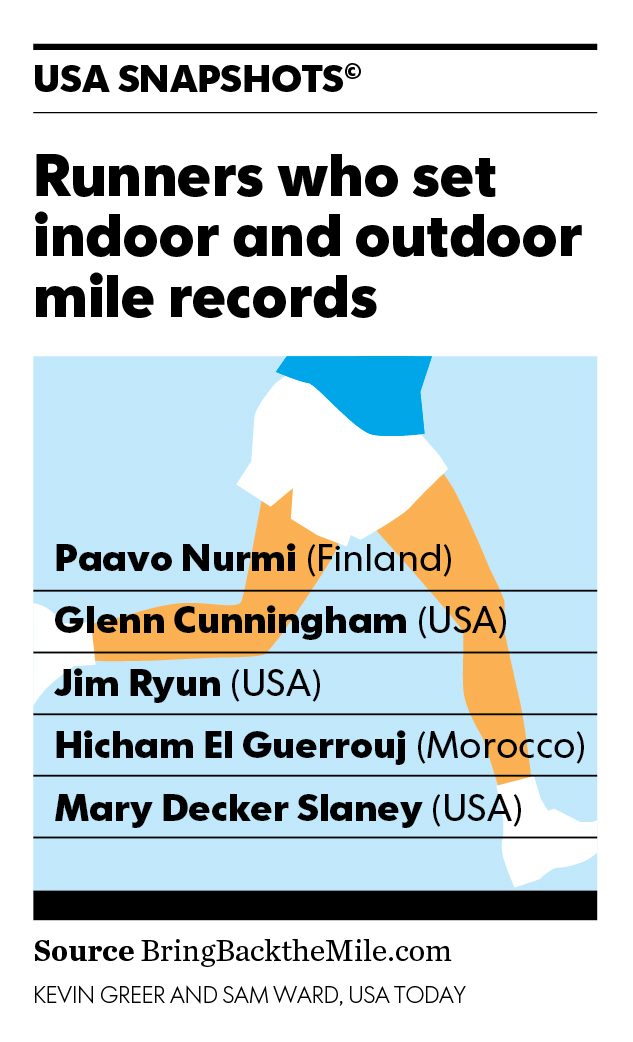 The word “mile” comes from the Latin "mille passus”, meaning one thousand paces, and a mile was 1,000 Roman strides, a stride being two paces. In 1592, the English Parliament standardized the measurement of the Mile to equal eight furlongs (furlong = 660 feet). A mile is equal to 5,280 feet or 1,760 yards or approximately 1,609 meters. The mile became standardized as exactly 1609.344 meters by international agreement on July 1, 1959. Currently, the United States and Great Britain use the mile as a measurement unit.

The mile became “The Mile” near the end of the 19th century when professional foot racing became the most popular sport in England, and Walter George (GBR) was the Mile’s first superstar. Over the next 100 years, other great Milers followed such as Norman Taber (USA), Paavo Nurmi (FIN), Glenn Cunningham (USA), Gunder Hägg & Arne Andersson (SWE), Herb Elliott (AUS), Jim Ryun (USA), Sebastian Coe (GBR), Mary Slaney (USA) and Hicham El Guerrouj (MAR), but it was Roger Bannister (GBR), in 1954, who cemented his name and the Mile’s place in history with the first sub-4 minute Mile – a time many experts thought an impossible if not a deadly barrier to break, and to this day, Bannister’s iconic mark is the watershed moment for the Mile.

In the early 1980s, U.S. high school state federations switched from the Mile to the 1600 meters because new tracks were 400 meters instead of 440 yards and thus, the 1600 meters (9 meters short of a Mile), due to convenience, unfortunately and sadly, replaced the Mile at high school State Meets (except Massachusetts and a few states that run the 1500 meters), but the Mile’s appeal did not and has not died because the Mile holds a special place in Track & Field and beyond. The Mile is the only non-metric track event that the international and U.S. federations – World Athletics and USA Track & Field – officially recognize as a record distance.

In short, no running distance, or field event for that matter, has the history, the appeal, the “magic” of the Mile. No other event has produced an equivalent of the recognized, coveted and still strongly resonating sub-4 minute Mile standard in the sport, in the media and in the public’s mind. Put simply, the Mile still matters.