The Mile "is a cherished distance. When I lined up for a Mile race, I knew I was in for a hell of a race. It is a shame it is not run often more."

Jeff Benjamin had a recent Q&A with Sir John Walker. As an aside, his favorite quote by Walker was published in Track & Field News, the bible of the sport. The late Jon Hendershott once queried Sir John on whom he would prefer in the Montreal 1976 Olympic 1500m final? Walker's quip was classic: "senior citizens".

Still active with the laser-like focus that drove him to be the first man on earth to run a Mile under 3 minutes, 50 seconds, Walker also has had to face the challenge of Parkinson's Disease since the 1990s.

But the drive and passion are still there.

The living legend, now 68, and the first man to record 100 sub-4 minute Mile races has never left his Kiwi roots either, also creating an enduring legacy outside of Athletics as a noted public servant and the leader of his "Field of Dreams" organization.

This writer is extremely grateful to John and his wife Helen for the help and interest in reminiscing about that magical and historic night in Göteborg, Sweden.

1) Prior to the world record you were on an undefeated streak - 19 straight victories - any memorable races?

"No memorable races. Because I came from NZ, I had no choice but to keep on running. The meet promoters paid for my accommodations and food and I had no base to return to in between races. That was just the way it was that season."

2) For three weeks prior to the attempt you didn't race at all - you must have felt like a "caged lion" - correct?

"The three weeks prior to the race I was running distance and so no, not a caged lion. More likely eating, training, sleeping. I had one 800 meter race in Helsinki just before the world record attempt, which was my idea just to give me some confidence in my speed. After all that endurance I needed to top it off with some speed work. I finished third and was happy with that."

3) I have read that all-in-all Göteborg wasn't really to your liking - both the environment and the meet promoter. Do you think you could've gone faster in a Mile race at Rieti, Oslo, Zurich or some other venue?

4) Did your coach Arch Jelley change any type of training in your program from 1974-75 or was it a progressive build-up?

"Arch Jelley worked with me on a progressive build-up."

"If I had had some help definitely I would have run faster. Rod ran the 5000 meters that night."

6) Can you describe what, if any, strength training you did?

"Do you mean weights? No, just running."

7) When one watches the race it sure seems like you did a lot of the work on your own which makes the world record all the more remarkable.

8) During the run, did you know at any point the record was yours and how shocked - if at all - were you breaking 3:50?

"With 200 meters to go, I knew that I was on world record pace because Dwight Stones was yelling at me with a stopwatch in his hand. When I crossed the line, Ivan Agnew, a friend from NZ waved a stopwatch under my nose and the crowd was wild. I was sure that I had broken the record at that moment.

The night before the world record race I went to the track in Göteborg and I measured off 150 meters and ran it in 15.1, 4 consecutive times. I said to my training partners, that is what I am going to run for the last 150 meters (approximate difference between the Mile and 1500)... and I did!

I was in very good shape and I knew that I could run under the world record but the amount I broke it by was a pleasant surprise." 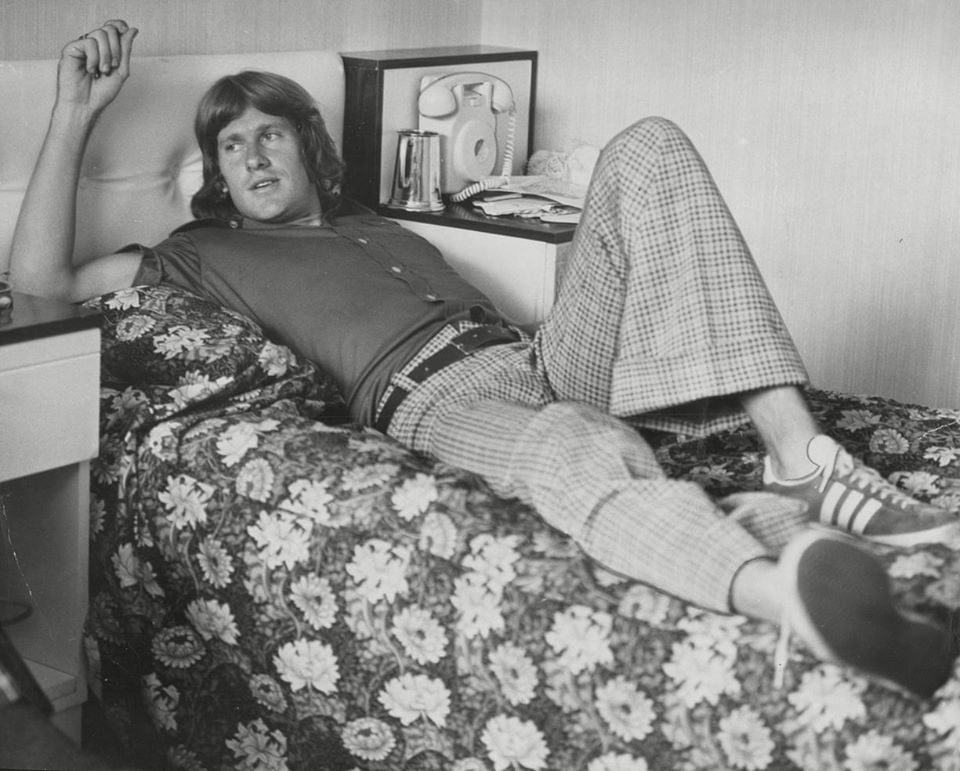