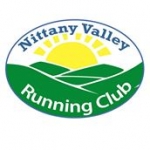 The Nittany Valley Running Club has set dates for its annual winter Indoor Mile Series of races. Each race is held at Penn State’s indoor track in the Ashenfelter Multisport Facility in conjunction with a Penn State indoor track meet and is open to any club member with no registration fee.

At each race in the series, there are heats for runners of varying speeds. In last winter’s series, the fastest runners were well under 5 minutes for the Mile and the slower runners were closer to 7 minutes. The races are open to adult runners of all ages and abilities (high school age and younger athletes are not allowed per NCAA recruiting rules). Participants must belong to the club but can join at each race.

Preregistration is required for each race in the series and can be completed by emailing nvrcindoormile@gmail.com by 4:00pm on the Wednesday before each race.