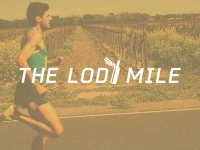 Lodi Mile will feature a dual meet style clash for the majority of a $4000 prize purse on Saturday, March 28

This year's Lodi Mile will feature star-studded teams clashing for the team victory as they cover two half-Mile laps around the restaurants and wine tasting rooms of downtown Lodi on Saturday, March 28. The Elite races will be run in a dual meet set up, with the Bay Area Track Club facing off against the Sacramento Running Association on the women's side, and Seattle's Brooks Beasts pitted against a team of California All-Stars in the men's race. The match ups will be scored cross country style, with the lowest scoring team taking the crown as well as the lion's share of the $4000 prize purse. The VCTR (Value of Cumulative Total Racers) formula will distribute percentages of prize money corresponding to the total points that team's garner, making it beneficial for the teams to work as a unite to secure victory.