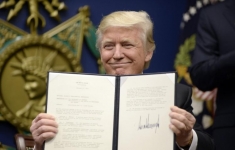 WASHINGTON, D.C. – (April 1, 2017) – President Donald Trump today has signed and issued Executive Order #359 that makes the Mile the official distance in America and also removes “kilometer” from federal programs, documents and usage with respect to distance including the Let’s Move! program and the President’s Council on Fitness, Sports & Nutrition as well as maps and interstate signs.

“The Mile is a longstanding, beloved American institution like baseball, apple pie and the Fourth of July. I, probably more than anyone, truly understand the Mile’s importance, believe me. Americans think and relate in miles not kilometers, and who hasn’t run a Mile at some point growing up?” said President Trump. “This is gonna be huge, I promise, and effective immediately, I will also be asking Congress to levy a tax on metric labeled products to fund putting a Mile mark on metric tracks across this great country.” 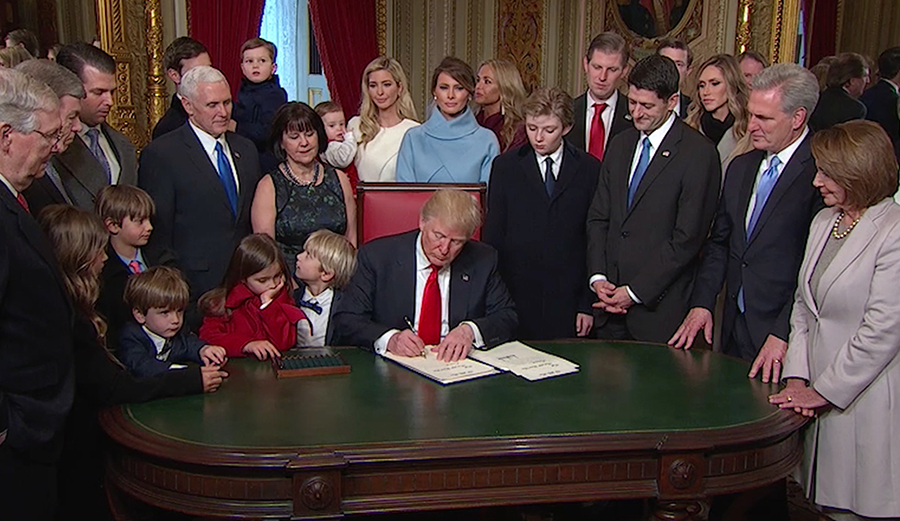 In a rare bipartisan joint statement, the Senate and House of Representatives leaders unanimously called Trump’s Executive Order “brilliant and visionary, and one that both parties will rally behind and support to help unite the American people. Go Mile, America’s distance!”

“Pinch me! What a wonderful red, white & blue way to further raise the profile of the Mile, a distance Americans get and understand, and moreover, to reinforce the Mile’s place in American culture, particularly for the younger generation,” commented Ryan Lamppa, Bring Back the Mile founder.

Did you know? From 1997-98, citizen Trump sponsored the Donald J. Trump Fifth Avenue Mile in New York City. No fooling!