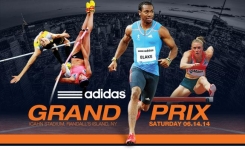 For the complete boys' Mile field, continue reading at: www.distancepreps.com