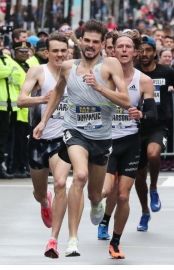 FUN FACT: He and Craig Engels were teammates at Mississippi.