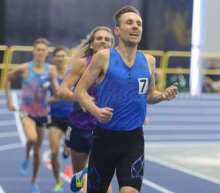 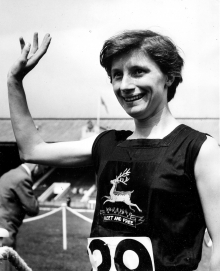 For running pioneer's legacy, establishment of an award for...

First Irish man to also run a sub-4 minute Mile is a "true sporting legend and a wonderful ambassador for Ireland."

From the RTÉ Newsroom

A statue honoring Olympic gold medalist Ronnie Delany has been unveiled in his hometown of Arklow in Co Wicklow.

For running pioneer's legacy, establishment of an award for promising female runners at the school

By Suzannah Rogerson, The Stray Ferret

A school in Harrogate is to honor a former pupil who became the first woman to run a Mile in under 5 minutes.

Ring in the New Year with an evening of celebration, racing and record-making at the Midnight Mile New Year's Eve Gala in New York City on Friday, December 31, 2021.