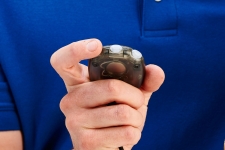 Charlie Ferguson is a runner.

This has always been true. It was true before he ever started running. It would have been true had he chosen never to run a race. It is certainly true now.

It took a while for him to embrace it. He dabbled with youth track and even ran indoor track as a freshman at Westminster High School last winter. But running didn't really click with him, until now.

He began working harder in spring track, and suddenly Charlie was improving with every race, running a one-Mile PR of 5:03.3 in late April. But since he wasn't one of the three fastest Mlers on the team, he didn't get a chance to run the Mile in the championship races, and something inside him felt unfinished.

Charlie has a running heritage. I met his grandfather, Dave Kartalia, in the early 1980s, when we both ran in the local races. Dave shared his running passion with his three children, including Anna Ferguson, Charlie's mom; and Steve Kartalia, Charlie's uncle.