Making the Most of Your Mile: Michigan Mile at the HealthPlus Crim Festival of Races 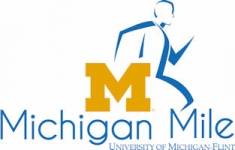 The Michigan Mile Race Series, part of the HealthPlus Crim Festival of Races, will be held on Friday, August 23 in Flint, MI. The Michigan Mile is the 13th stop on the BBTM Tour 2013 and features a new Friday night start time as well as a $10,000 total prize purse for the professional Men and Women.

We sat down with Flint native and first year race director, Andrew Younger, to discuss innovating after 30-plus years, 'Run Flint' and The Crim Fitness Foundation. It is exactly these types of events that can not only showcase how impactful the running community can be, but also in turn how impactful a community can be on the participants.

BBTM: This is year one for you, having started back in the winter, moving your family back to Flint from Chicago. How good does it feel to be back home?

Andrew Younger: This is my first year as a race director, but I was a past participant at Crim. It's fantastic to be back. We were looking for opportunites to get back and I can't imagine a better one. It's just been fantastic.

The Crim Fitness Foundation in Flint, MI and its founding race, the Bobby Crim 10 Mile Road Race was launched in 1977 and has quite the history in road racing, but also in benefitting the community. Tell us about your community and the foundation's work. 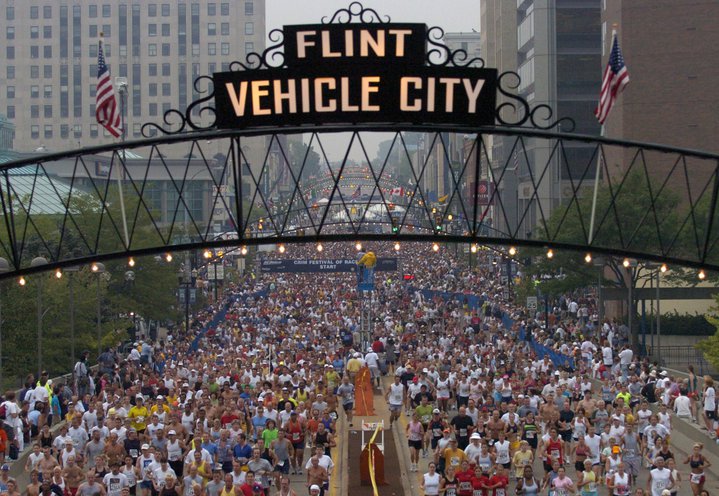 When Bobby Crim started the race in 1977 it was to support the Special Olympics. It launched with 750 people in that first race. It was just a 10-Mile race and believe it or not, it started at noon on a Saturday. They quickly realized the error of that decision, but after that it quickly grew. There were marathons at the time, but this was still a significant distance and continues to be today. Because they included so many people in the community and asked so many to get involved, it really just took off. Over the years it has continued to grow and grow.

I think what makes it unique as a race and the reason why we have so many people come back year after year, whether it's the 10 Mile, 8K, 5K or the 1 Mile race, it's because there are very few races where you have so much support throughout the entire course. There are people cheering every step of the way. It really is the entire community. We rely on 3,000 volunteers each year and that of course doesn't include the people cheering. The reason I love it so much as an event and a race is that it truly brings out all the best in Flint and Genesee County, from the participants, to the spectators, to all the volunteers. Even the businesses that support us are incredible. We're so thankful for the amount of support we receive from everybody.

How did the Mile race become a part of The Crim?

The Mile itself was not an original event as part of the Crim Festival of Races. The Mile started in the mid-80s when a few board members went out to New York City to watch the 5th Avenue Mile. They were taken by the excitement of the race from the crowd, but also how fast the race was. They decided to add the Mile race to the festival and it has always been great. 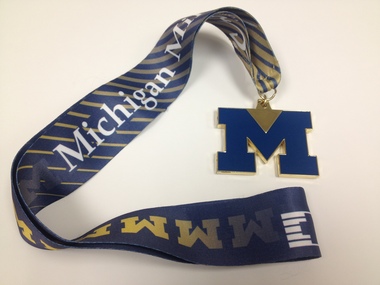 Until this year, we held it on Saturday after the longer distances and many people would come back after the 10 Miler and do the Mile with their families. However, it never really got the attention that it deserved. It also made for a very long day with the 10 Miler starting at 8:00am and the 1 Mile some time in the early PM. We felt we could give this Mile its own day and really showcase and give it the attention it deserves.

And for the first time last year, we called the event the Michigan Mile. It was really exciting to get the support of the University of Michigan, Flint and and to be able to use their block 'M' for our awards medal. It's the only block 'M' finisher medal available anywhere. It's a testament to the level of community support that we get overall. This created some buzz about the race, but more could have been done to promote the fact that it is the Michigan Mile now and that you get this great block 'M' medal. We had a nice uptick and had just over 600 participants.

What was the impetus for moving the Michigan Mile to Friday night as a standalone Mile event?

We decided to gamble and move the Mile event to Friday to give it that chance to be showcased as a standalone race; a special component of the HealthPlus Crim Festival of Races. We have actually decided to call it the Michigan Mile Race Series. It's not just one Mile event, but we're now hosting three races. We'll begin with the professional Milers, which includes an exciting Men's and Women's fields along with a significant total prize purse of $10,000 with the winners taking home $2000 a piece.

Then we have invited student-athletes from the area for the High School Challenge. We've invited coaches to send their athletes to represent their schools for bragging rights. We're getting a really good response for a first time event. There will be four cups that the student-athletes will be competing for. There will be a boy's and girl's team cup awarded to the top teams based on a cross country style scoring system, going three places deep on each team. There will also be a cup for the fastest boy's and girl's individual. The four cups will be traveling trophies and we'll engrave the names of the school and the individuals to be showcased at those respective schools.

Given that it is the beginning of the cross country season are coaches seeing this as an opportunity to participate in Crim in a unique way or to bring their teams together? What's allowed coaches to get behind this?

I think a big part of it is because we are blessed to have a good reputation in the community. People love participating in The Crim. We'll always be limited because athletes are only allowed to compete in two non-sanctioned competitve races throughout the entire season, so this we'll be one of them for those students. We already have a number of schools that are sending their students and what we're hoping for is that it will become something all schools and students will want to compete in for this coveted cup.

You sold out already yesterday, doubling registration from 2012 to 1,200 participants this year. Wow...impressive

Our cap is actually 1,200 because that's the number of medals we ordered! When we ordered the medals we were feeling optimistic of the 1,200. Here we are a couple days before the race and we had to make the decision to close registration, which is the first time the Crim Festival of Races has had to do so for an event.

How many people are doing both the Mile on Friday night and doubling back to do a race on Saturday?

There is a lot of them and we offered a discount for those wanting to do so. A lot of people decided to take advantage of both. The fact that it is a unique medal and different than the Crim Festival of Race medal, people are really excited about that.

How many different communities from Michigan, the United States and even abroad descend into Flint for the weekend?

Last year we had participants come from over 30 states and 23 countries, including six of the continents. For the city of Flint, which isn't large and isn't in the news very often for good things, this is such a wonderful event for us to take pride in. This is one of the reasons why so many people get excited about it. 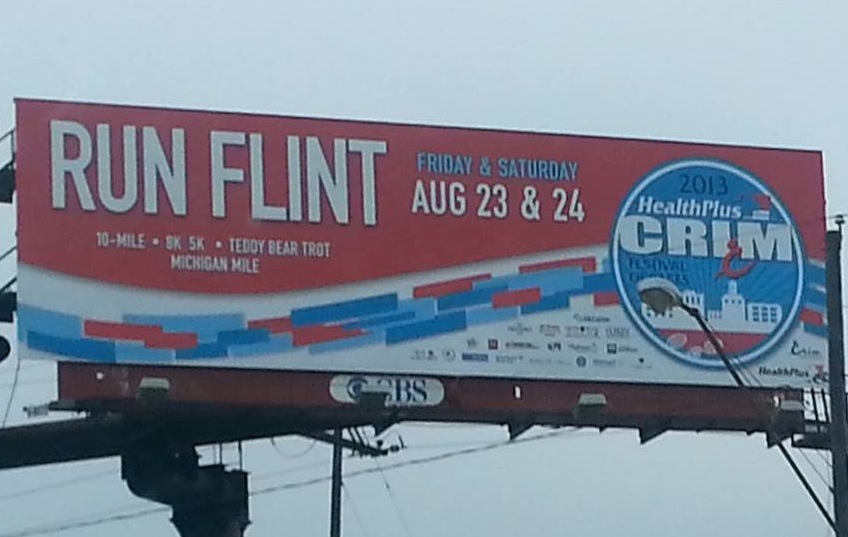 On your Facebook page, you posted a photograph of a billboard that has gone up that says 'Run Flint' and the positive buzz on social media about these signs and other positive messages are through the roof.

It is amazing. At the beginning of the year we had just around 3,000 'likes' on our Facebook page and we're over 7,000 now. The amount of participation, excitement and engagement on it is fantastic. It just shows what how much the running community rallies around this race, but also the community in general.

The running community certainly coalesces around these events in an incredible way. How has the Crim Fitness Foundation impacted Flint and Genesee County?

This event is all about celebrating the joy of running and the benefits of leading a healthy lifestyle. It's amazing how that can bring people together and us as a community. The Crim realized that as an organization a while ago and we're now not just the Crim Festival of Races, but we're the Crim Fitness Foundation. We help people do this all year long. We have programming in schools, we have adult and youth training programs, and have physical and nutritional education coaches at the schools where they couldn't otherwise afford to have these services. I have to applaud our board and the CEO, Gerry Myers, for having that vision and making it real. With all the statistics you hear about the health of Genesee County and the city of Flint we see it as a call to action to improve, not to get us down.

Turning to the professional fields at the Michigan Mile, especially having a local Olympian in Geena Gall, can you provide us with a sneak peak?

On the Women's side, Olympian Geena Gall, who is a Flint native and University of Michigan grad is returning. We'll have Heather Kampf, who continues to win race after race, including the recent GNC Live Well Liberty Mile, which is also part of the BBTM Tour as well as Canadian Olympian Nicole Edwards-Sifuentes. On the Men's side we have six athletes who are coming off of the Running Institute Mile, also held here in Michigan, including runner-up Daniel Clark and 4th place finisher Macklin Chaffee who redeemed himself in Pittsburgh a week later with the Men's title at the Liberty Mile.

Sounds like it's going to be an exciting Friday evening in Flint! Good luck to yourself and the entire Crim team.