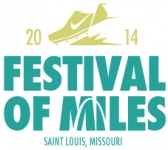 ST. LOUIS – The Festival of Miles Foundation announced today that Nike will be the new title sponsor for the Festival of Miles Charity Track Meet. Proceeds from this year’s event will benefit runner Christopher Shaw, an Edwardsville (IL) native who is battling Lymphoma.

Helbig said that the Foundation’s board of directors was thrilled to finalize the deal with Nike.

“No shoe company gives back to the sport of track and field like Nike does,” Helbig said.  “And we knew Nike would get behind The Festival of Mile’s mission in a big way.”

This year’s meet will take place on Thursday evening June 5 at Saint Louis University High School, and will feature 12 races over the course of two-and-a-half hours. Nike, as a longtime sponsor of USA Track & Field, is involved in all of the sport’s National Championships as well as several high profile youth and high school running events. Its annual Nike Cross Nationals event in Portland, Oregon serves as the de facto high school cross country National Championships.

The event serves as a chance for the high school athletes to compete on the same night as the pros, as the meet also includes a professional men’s Mile and a professional women’s 800. The coveted 4-minute Mile barrier has been broken 12 times in the last five years at the meet with 2012 Olympic 1500 silver medalist Leo Manzano setting the meet and State record of 3:55.29 in 2009.

Other youth events include the GO! St. Louis Healthy Kids Mile and Middle School Mile, which are open to any kindergarten through eighth grade student.

The Festival of Miles Foundation is a non-profit organization whose mission is to promote the sport of track and field and give back to athletes in need. The Festival of Miles is a track meet featuring 2.5 hours of non-stop action with youth and middle school races, high school races showcasing some of the nation’s top talent and pro races featuring Olympic level athletes. Each year all proceeds from ticket sales go to an athlete/athletes in need.