Nick Willis is peaking at just the right time 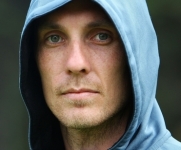 "But missing a chance to break the 3:50 barrier would've left me frustrated. It feels like part of my career is now complete."

Nick Willis has seldom been in better form, delivering three of his finest athletics achievements in the last six weeks.

On June 11, he became the second New Zealander, after Sir John Walker, to break the 3 minute, 50 seconds barrier for the Mile when finishing second at the Bislett Games in Oslo.

Adding to a bulging curriculum vitae is one thing but more significant is how Willis has done it. The 31-year-old looks close to matching the form which saw him cannon to the 2008 Olympic podium in the 1500m with a silver medal.

One example came during the race Willis described as a "bucket list achievement", running 3:49.83 for the Mile. He looked serene settling into the pack to conserve energy and avoid spikes.