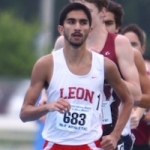 The Leon High junior leads the nation in the 1600m and has his sights set on a speedy Mile.

With the nation’s fastest 1600m time this season and his state meet already behind him, Sukhi Khosla of Florida has a number of weeks to focus solely on training as he waits and hopes for an invitation to next month’s adidas Grand Prix Dream Mile in New York. After winning his regional race on April 24 in 4:06.45, and then the state title on May 3 in a nation leading 4:05.96, Khosla, a junior at Leon High School in Tallahassee, is as good a candidate as any for the elite event, scheduled for Icahn Stadium on June 14.